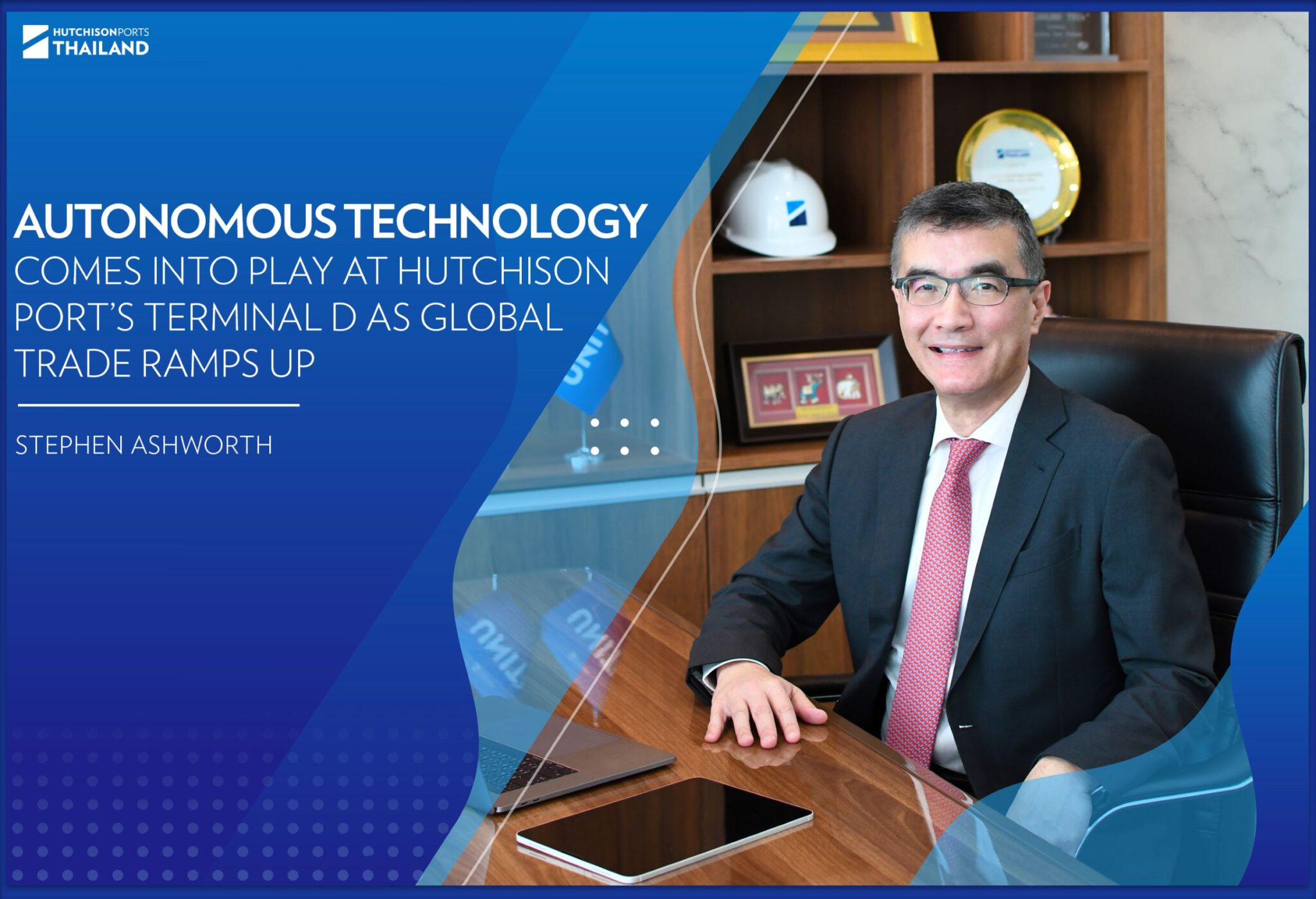 The beginning of the pandemic saw a considerable drop in global consumption and with the notable exception of Cai Mep-Thi Vai which saw container handling volumes increase by 18% compared to 2019, container volumes in each of the other South East Asia ports we operate in declined year-on-year by varying degrees. By way of example, Laem Chabang’s volumes declined by approximately 5% and Tanjung Priok by as much as 11% compared to 2019.

However, what has followed so far in 2021 has been unprecedented with most of our terminals in the region having to deal with a sudden surge in volumes arising from an increase in manufacturing output. This, in turn, has been driven by pent up demand from consumers in North America and Europe who, because of pandemic related restrictions and “lockdowns” are spending their surplus cash on physical goods rather than services such as holidays. At our terminals at Laem Chabang Port operating under Hutchison Ports Thailand for instance, we are now seeing strong volume growth in most long haul east-west and intra-Asia services. However, this sudden uptick in volumes has put a strain on terminal planning and operations which has been further exacerbated by the domino effect of vessel delays and “bunching”.

The exception to the current growth trend in the region has unsurprisingly been our terminal in Myanmar. The political developments there have had a significant adverse impact on trade flows in and out of the country and even though we have so far managed to maintain normal operations, shipping lines have significantly reduced their vessel calls to the country as a result of the fall in cargo volumes.

Whilst the recent incident in the Suez Canal has not in itself had any significant impact on our terminal operations in the region, if you take into consideration the impact of the pandemic, trade flow disruptions and the ongoing pressure from shipping lines to deploy larger vessels on service loops, it becomes apparent that the introduction of technology to our terminal operations can help to increase terminal productivity and mitigate the risk of unforeseen events.

But even before recent events, Hutchison Ports Thailand’s Terminal D, which is one of the Hutchison Ports Group’s flagship terminals, has worked to be ahead of the curve when it comes to introducing technology. This has been due in part to Terminal D being a greenfield site enabling our operations development and IT teams to plan and design the terminal from the very beginning with sustainability and technology at its core. In addition, Terminal D’s berth design and remote-controlled super post panamax ship-to-shore cranes already allow the terminal to handle some of the largest ocean-going vessels currently in operation. Together with the introduction of further technology related enhancements, in the coming years we are expecting to see more improvements in terminal productivity, safety and processing accuracy as we build out the terminal to its full capacity of 3.5 million TEUs (twenty-foot equivalent units of containers).

One specific technology related enhancement we are considering for Terminal D is the deployment of the latest generation of autonomous, driverless trucks. During the past year, many of you have been asking me about progress of the trial and pilot programme for six of these trucks which were delivered about a year ago. These electrically powered autonomous trucks are equipped with a smart operating system and are equipped with a sophisticated system of lidars and cameras to detect the surrounding environment and to avoid collisions when operating within the terminal. The onboard GPS system can pinpoint its exact position and can plan for an optimal route to the target location using the AI “brain” of the truck which is now integrated with our terminal operating system, nGen. Road signs and dedicated lanes are being put in place to clarify road usage for conventional and autonomous trucks which all need to follow the same set of traffic protocols.

The results of these trials have been encouraging and so far, approximately 12,000 “real” containers have been successfully loaded onto and discharged from vessels by these six autonomous trucks. In due course, we may consider ordering more of these trucks to operate in tandem with our existing conventional trucking fleet at Terminal D. I will continue to keep you all apprised of progress on this very exciting project.

Moving forward I firmly believe that the signs are clear for our industry; there is no question that digitization and automation are the way forward to cope with the challenges of sustainable development, growing volumes, increasing productivity and vessel upsizing demands from our shipping line customers and unforeseen events such as the current pandemic. Terminal operators will need to strike a balance between the need to spend money on technology and to make an overall return on their investments. 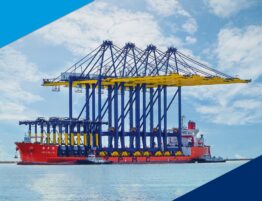 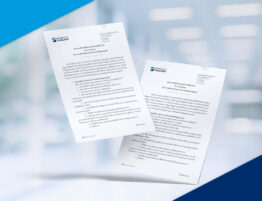 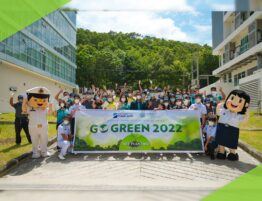 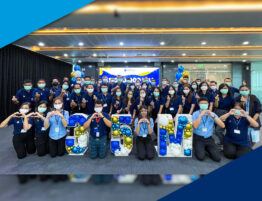 On 17 May 2022, HPT’s employees held an event to celebrate the handling of its… 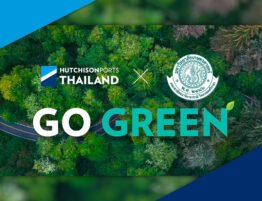 This year, Hutchison Ports Thailand joined hands with the Faculty of International Maritime Studies at… 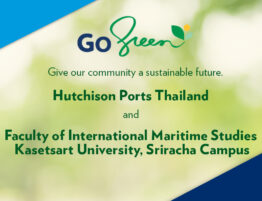 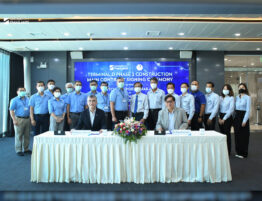 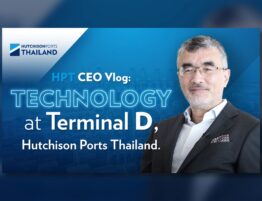 “Since our first day of operations here at Laem Chabang Port, we have been privileged…